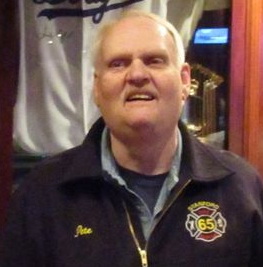 Pete P. Lyon, 72, of Stanfordville, passed away on August 15, 2022 at Mid Hudson Regional Hospital in Poughkeepsie after a long illness. He was born on September 26, 1949 in Peekskill, New York to the late J. Donald and Matilda Lyon. Pete was a supervisor for Metro North Railroad prior to his retirement. Pete was a dedicated member of emergency services. Having been a member of the Cortland Community Volunteer Ambulance Corp in Montrose for 9 years before relocating to Stanfordville. Captain Eric Singer described Pete as “an unbelievable asset to the corp. Anything that needed to be done Pete was the man to do it.”

Pete joined the Stanfordville Fire Company 15 years ago and served as EMT and as Rescue Squad Chief. He was also an AHA CPR and First Aid Instructor, and an Emergency Vehicle Operations Class Instructor. His dedication to his fellow fire fighters, community, and friends will be missed by all who knew Pete.

Pete is survived by his sister Marlene (John) Welsch of North Salem, New York. In addition to numerous nieces and nephews.

A memorial service for Pete will be held at 1:00 pm on Saturday, September 3, 2022 at the Stanfordville Fire Department, 6096 NY-82, Stanfordville, NY 12581. Interment will take privately at the convenience of the family.

Offer Condolence for the family of Pete Lyon