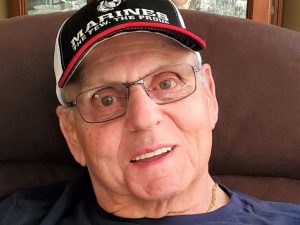 Antonio N. Tassone, a lifelong resident of Ossining, passed away on Monday, July 6, 2020. Tony was born in Ossining on June 21, 1948 and was the son of the late Domenico Nicholas and Anna (King) Tassone. He was 72.

Tony was a parishioner of St. Ann’s Church in Ossining and a graduate of Ossining High School, class of 1966. He was a retired pipefitter with the Metro-North Commuter Railroad. Tony was a former Active Firefighter and now an Associate member of the Monitor Hose Company #4, of the Ossining Fire Department. Tony enjoyed spending time with his family and especially with his grandchildren.

Mr. Tassone is survived by his loving wife of 48 years, Charolette (Derivan); his children Felicia (Rocco) Cusano, Toni Ann (Chris) Raguso, Anthony, and Toni (Frank) Hudson; His four grandchildren Elizabeth and Dominic Raguso, and Justin and Alexandria Cusano; he is also survived by many nieces and nephews.

Visiting hours will be held on Thursday from 4 – 8 p.m. at Dorsey Funeral Home, Inc. in Ossining. The Funeral Mass will be celebrated on Friday at 10 a.m. at St. Ann’s Church.
The interment will follow at St. Augustine’s Cemetery in Ossining.

Offer Condolence for the family of Tony Tassone